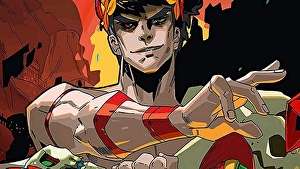 The results are in for this year’s BAFTA Games Awards, and acclaimed dungeon-crawler Hades has proven to be the big winner of the night, picking up gongs in a total of five categories.

Developer Supergiant Games’ Hades came out top in this year’s Best Game category, winning out against Half-Life: Alyx, Ghost of Tsushima, and Animal Crossing: New Horizons. It was also hailed as the winner in categories for Narrative, Game Design, and Artistic Achievement, while Logan Cunningham (who voices Hades, Poseidon, Achilles, and many more in the game) took home the top prize as Performer in a Supporting Role.

The Last of Us Part 2, meanwhile, also had a big night; it was named the EE Game of the Year (a category voted for by the public), took home the prize in the Animation category, and Laura Bailey was named Performer in a Leading Role category for her portrayal of Abby.