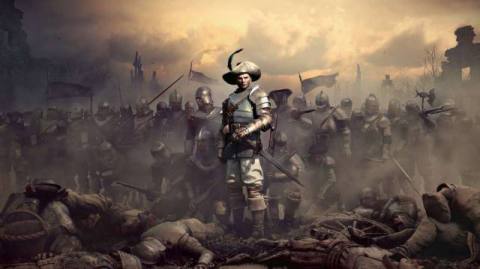 GreedFall is getting a PlayStation 5 and Xbox Series X and S version.

Spiders’ plucky pirate-themed role-playing game is also getting new content, although we don’t know the nature of it yet. We don’t know when the next-gen version will come out, either.

GreedFall, which came out in September 2019, ended up selling over a million copies. Malindy reviewed GreedFall for Eurogamer, awarding it a recommended badge. “GreedFall has more than its fair share of faults, and its curious mix of the sweet and the sour is far from a roleplaying revelation,” Malindy wrote. “But the elements that matter have been imbued with such love and care – so much so that I quickly forgave this ambitious RPG its shortcomings.”

Focus Home Interactive (The Surge, Vampyr, Mudrunner, and A Plague Tale: Innocence), will publish the new content as well as the next-gen versions of GreedFall. But the GreedFall brand is now owned by French company Nacon, which is working with Focus on the launch. Nacon focuses on double-A games, publishing Blood Bowl 3, Werewolf: The Apocalypse – Earthblood, and Spiders’ new game, Steelrising.