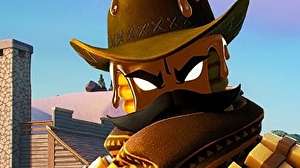 Fortnite has served up a syrupy earworm celebrating its fictional Butter Barn pancake restaurant, and it crepes on anything else you’ll hear today.

The Wild West-themed Butter Barn restaurant appeared on Fortnite’s map at the start of its current season. It’s where you’ll find battle pass character Mancake, the chain’s mascot/head chef/sole patron who the game describes as “a flapjack forged on a griddle of rage”.

Visit the Butter Barn and you’ll hear a few bars of its theme song played as a jingle. I’ve dropped in there a few times just to hear it since, in Fortnite, you never know when things are going to disappear.