Fortnite: Chapter 2 Season 6 has the Primal theme, bringing with it a host of wilderness survival mechanics. Among the new additions are wild animals which are now roaming the map. Currently the local fauna is made up of chickens, frogs, boars, and wolves.

Of the four, wolves are particularly interesting for a couple of reasons. They’re the only animal in the game that will attack you on sight, so it’s good to know in advance how to deal with them if they spot you.

But taking the time to tame a wolf will get you a fearsome animal companion who’s capable of providing you with back-up in combat.

Where to find wolves in Fortnite: Chapter 2 Season 6

Wolves tend to spawn in mountainous or forested areas, which means you’re most likely to run into them in the southern parts of the map. They can also roam into the more open countryside. So far, from what I’ve seen, they tend to avoid built-up areas, like the central region around the Spire. 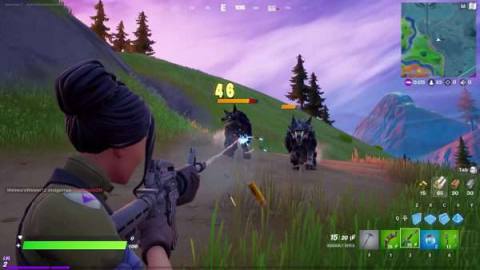 For the most part they travel in packs of three or four, although lone wolves aren’t unheard of. They make a lot of noise — howling and barking — particularly if they’ve spotted you.

However, I can personally attest that you might not hear these if you’re in the middle of a close-quarters firefight with the storm closing in. (I don’t know who was more surprised: me, or the player who was about to take the last chunk off my health bar before they got kill-stolen by a pack of NPC wolves.)

You can kill wolves if they don’t kill you first, and indeed there’s a good incentive to do so (beyond neutralising the threat they represent). Like most killed animals, wolves drop meat and bones, both of which are very useful to you. 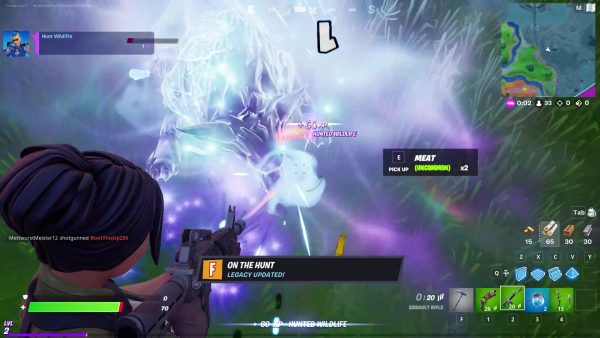 Meat can be eaten to restore HP. Both are used in crafting — including the Hunter’s Cloak, a very important item for the season. And finally — if somewhat morally dubiously — meat can be used to tame wolves.

How to tame wolves in Fortnite: Chapter 2 Season 6

If I didn’t know better, I’d swear Fortnite was taking a page from Valheim‘s book. Not only can you tame wolves and boars in both games, but the method is surprisingly similar.

To begin taming a wolf, make sure you have some of its favourite snacks in your inventory. Wolves are big fans of meat, unsurprisingly. As things stand at this early stage in the season, all animals drop a generic meat resource when you kill them. So you can feed a wolf meat dropped from a chicken, boar, frog, or even another wolf! They’re not fussy. 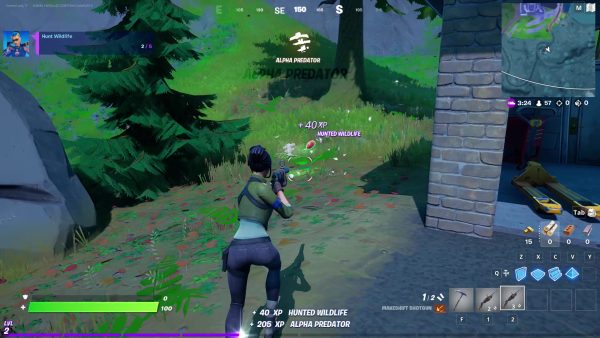 Wolves are aggressive creatures, and trying to tame a whole pack at once is probably going to be more trouble than it’s worth. So keep an eye (and ear) out for solitary wolves wandering the wilder regions of the map if you want to tame one.

The only really tricky part is dropping the meat at the right distance. If the meat isn’t placed in front of the wolf it might not notice it. But if you are in front of the wolf it might notice you instead, and decide it’d rather eat you than a hunk of unidentifiable floor meat. To divert a wolf back towards the meat once it’s spotted you, you’ll need to break line of sight with it. 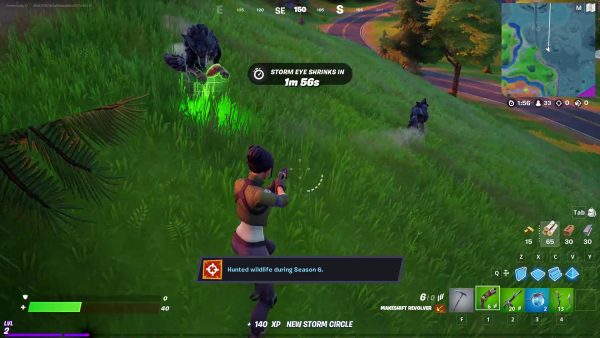 Once the wolf is chowing down, approach it before it finishes its food and interact with it. If you’re quick enough success should be guaranteed. A series of red hearts momentarily bubble up around the wolf’s head to indicate that it loves you now. And that’s how a wild wolf becomes a tame wolf.

The benefits of tame wolves

Your tame wolf pet will follow you for the rest of the match — albeit much slower than they did when they were eager to leap on you and tear your face off. Typical.

Tame wolves will fight on your side against other players, though your weapons are still far more reliable that sitting back and letting wolfie take over. Furthermore, your pet still has its own HP bar and can die, at which point sadly you’ll lose them for good. 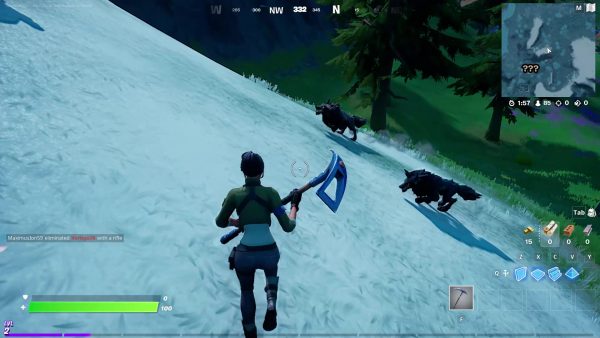 Tamed pets don’t persist between matches either, so enjoy your beautiful if brief friendships with these wild creatures while they last.

Wolf taming is also likely to turn up in the weekly quests over the course of the season. Completing these challenges gives you a tidy XP boost and helps towards unlocking Battle Pass content. Plus having a pet wolf is always a power move.

The post Fortnite wolves | How to tame or kill wolves appeared first on VG247.