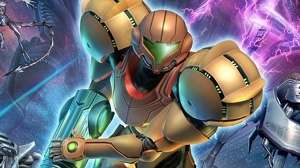 A treasure trove of confidential Fortnite information has come to light as part of the Epic Games and Apple trial, revealing an unprecedented level of detail on cancelled or postponed events, collaborations and in-game modes.

One particularly-revealing document dating from June 2020 looks ahead to Fortnite’s now-concluded bounty hunter season, which ran from December 2020 to March this year, and reveals it was once planned to include Nintendo’s Samus alongside Xbox’s Master Chief and PlayStation’s Kratos.

Many fans had wondered whether Nintendo would join in Fortnite’s new series of Gaming Legends characters, which now also includes Aloy from Horizon Zero Dawn, Ryu and Chun-Li from Street Fighter, as well as Lara Croft. Epic’s documents suggest this was indeed the plan, as of last summer, but do not detail what happened next.