Awarded to titles developed in the Japan / Asia region with top-ranked worldwide sales between October 2020 and September 2021, with particularly noteworthy activity results*.

A Traditional and Innovative JRPG Masterpiece

Tales of Arise is the latest installment of the popular Tales of action RPG series that has portrayed the adventures and growth of unique and engaging characters in an anime-like style. Tales of Arise, which celebrates the series’ 25th anniversary, was developed around the theme of “inheritance and evolution.” It was the first title in the series to sell one million copies worldwide almost immediately after its release.

Thank you so much for this prestigious award. Tales of Arise marks the 25th anniversary of the series, and as part of its development we took on a variety of challenges to draw new fans and, of course, meet the expectations of current fans. I wish to express my appreciation to not only the staff at BANDAI NAMCO Studios, but the many others who took part in the title’s development. It is thanks to you that the result was such an outstanding game. I hope fans will look forward to the new things we plan to try out with the series in the future.

The ultimate remake made even better

FINAL FANTASY VII REMAKE INTERGRADE has created value above and beyond that of a long-awaited remake by taking a new approach and making a game that will delight both long-time fans and newcomers. Notable enhancements to the original remake include Yuffie’s new, exciting adventure, improved visual effects that leverage the performance of the PlayStation®5 and better performance.

Thank you for this wonderful award. FINAL FANTASY VII REMAKE INTERGRADE was developed as our team’s first attempt at a game for the PlayStation®5. I’d like to thank our fans, whose passionate support enabled us to win this award.

Since FINAL FANTASY XIVstarted service in 2010, it has received regular updates that add to the world of adventure. Designed to be exciting whenever you start playing, the game has exceeded 22 million players*. It is a constantly evolving MMORPG with a worldwide following.

It is thanks to our players, the Warriors of Light, that we have received this fantastic award. The latest expansion pack set, Endwalker, brings FINAL FANTASY XIV’s saga of Hydaelyn and Zodiark to a conclusion. Of course, this is not the end of the adventure, but a new start for the next ten years. I ask all of you to join us as we move forward one step at a time.

A game that will hit the spot with Gundam fans

Message from the Recipients

We are sincerely grateful for this Partner Award. It is because of players around the world, the development staff and everyone else involved with the game that we were able to receive this wonderful award two years in a row. From December 9, 2021, we will be holding the “GBO Winter Festival” event, so we hope both new and old players alike will take advantage of this opportunity to play GBO2. We ask for your continued support as we continue to work to deliver an even better Mobile Suit piloting experience.

A “version upgrade” that is neither a remake nor a remaster

NieR Replicant ver.1.22474487139… is an updated version of NieR Replicantwhich was released in April 2010. With newly added elements, such as full voice acting and original scenarios, the game has been designed so both new and current fans can enjoy the game once again.

Message from the Recipients

We thank everyone who continues to show their support for NieR. We are delighted that what we started as a way to share the series’ origin story with those who aren’t familiar with it has taken shape in this manner. Following the release of NieR Replicant ver.1.22474487139… the NieR games fed off of one another, resulting in extremely positive reactions from both fans and newcomers.

One of the hottest battle royale games right now

Apex Legends is a free-to-play battle royale first person shooter where “Legends,” characters with special abilities, team up for battle and draw on their skills and equipment to be the last squad standing. It was announced in April 2021 that the game had exceeded 100 million players, making it one of the hottest battle royale games right now.

On behalf of the entire Apex Legends team we’re extremely honored
to be accepting the PlayStation Special Award 2021.
To be recognized for this award two years running is a testament to
the incredible support we’ve had from all our amazing fans in Japan.
For that we can’t thank you all enough, your support drives us every season and we couldn’t make the game without it.
So again a big Thank you from the entire Apex Legends team.
We hope you’re all enjoying the latest Season: Escape
and we can’t wait to see your reaction to what’s coming next.
Thanks everyone, we’ll see you all in the game.

Independent titles developed in the Japan / Asia region that have amassed the highest worldwide sales from October 2020 to September 2021*.

Sakuna: Of Rice and Ruin

Sakuna: Of Rice and Ruin is a traditional Japanese-style action RPG that successfully blends exciting action battles with demons and rice farming simulation. After its release it drew the attention of both the video game and rice industries, and has shipped more than one million units*** so far.

Thank you for this SPECIAL AWARD. In all honesty, we feel that the reaction to Sakuna is more than we deserve. We believe the response shown is in part thanks to the light-hearted and funny ways in which players spread the word about the game. We are truly grateful for all you have done. We hope you will look forward to the many things we have planned for the future, including collaborative projects involving Sakuna.

Titles developed in the Japan / Asia region with particularly noteworthy activity results** at the release of the PlayStation5.

A breakthrough in stylish action

The stylish action game Devil May Cry 5 is the latest numbered title in the series in eleven years, and has been brought back as a Special Edition powered-up for the PlayStation5. It breaks new ground in stylish action with evolved graphics, outstanding background music, compelling characters and a story that culminates the series. Earning numerous awards, this game became another hit for the Devil May Cry series, which continues to win the support of players around the world.

We are truly honored to have received this SPECIAL AWARD. Everyone involved with the Special Edition worked hard so it could be played from the day the PlayStation®5 was released despite the serious state of the world at the time, and we are gratified that effort has been rewarded in this way. As this year just happens to be the 20th anniversary of the Devil May Cry series, we are preparing several events in celebration, and ask for your continued support.

* Physical and digital sales through PlayStation®Store are counted in the calculation (including additional content and digital currency sales).
** SIE indices, which include player numbers, also factor into the determination of nominees.
***Total units shipped worldwide include actual physical units shipped and digital and PC units sold. 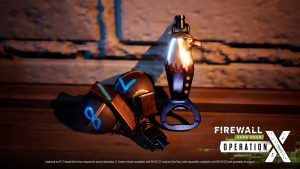 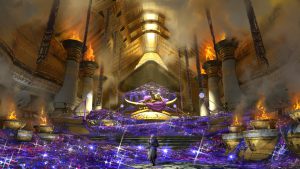 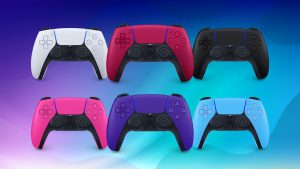 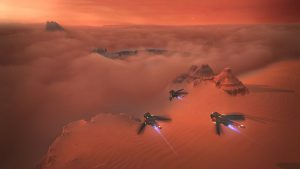 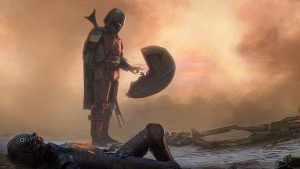 From Fallen Order 2 To The Mandalorian 3: What To Expect From This Weekend’s Star Wars Celebration 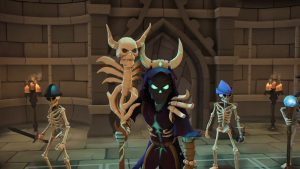 The Sims’ iconic Goth family gets a makeover