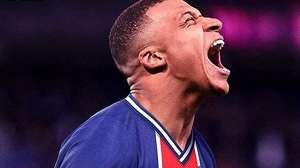 EA has announced the hotly-anticipated FIFA 21 Team of the Year – and there are already question marks over the lineup.

Here’s the final Team of the Year 11:

It’s hard to disagree with the majority of these picks. Sergio Ramos hasn’t had a great time of it lately, but he did win La Liga in 2020. Manchester United fans will back Bruno Fernandes in midfield, although there are plenty of alternatives who had a more successful 2020 and perhaps deserve the slot. Liverpool fans may argue the case for Alisson Becker and Andy Robertson getting in ahead of Manuel Neur and Alphonso Davies, but it’s six of one and half a dozen of the other in those positions.