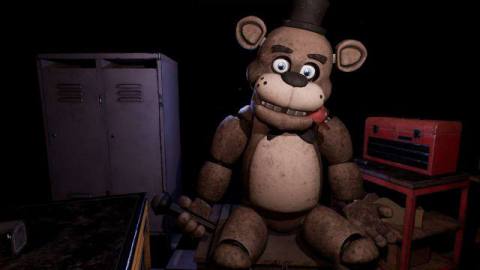 It’s a nice collection, but I’d say more fun could be had with the three that aren’t included on here, Pizzeria SImulator, FNAF World (updated version), and Ultimate Custom Night, the later two only being on PC.

@PrincessAzunyan YouTubers brought it into prominence with the jumpscares and reactions. It kinda delves into the memories of creepy mascots running around favorite hangouts like Chuck E Cheese (rest in peace) and the like. The gameplay is also addictingly simple (until you get to FNAF World and UCN). Pluss, Scott Cawthon’s story of being ridiculed for his old games and turning those complaints into a successful new franchise is an endearing story for many. It became quite the exposed IP so its welcome may have gotten worn thin for some, but it isn’t a /bad/ game series.