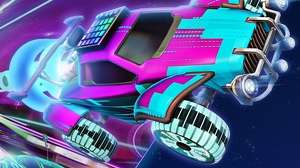 Rocket League is getting on for five years old, though recently relaunched as free-to-play with a seasonal battle pass and an eye-catching Fortnite promotion to encourage in new blood.

Next week’s new season will bring the second Rocket Pass, themed around music, with items to unlock that react to menu and arena tunes.