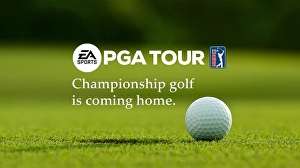 The company said EA Sports PGA Tour, which is built using the Frostbite engine, will include many of the world’s most famous courses, and lets you play against and as some of the biggest names in professional golf. But it didn’t say which courses or golfers, and didn’t say when the game will come out.