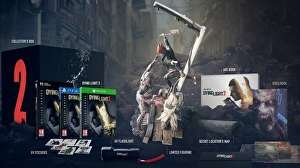 Details of an upcoming Collector’s Edition for Dying Light 2 have reportedly been leaked, intimating the game – which currently only sports a nebulous “2021” release window – might be coming sooner rather than later.

On New Year’s Eve developer Techland reminded fans to “keep your heads up for 2021” and in early January, said “exciting news” was on the way, but otherwise, details have been pretty sparse.

While the “exciting news” has yet to be confirmed, an eagle-eyed Resetera poster has shared details of an unannounced Collector’s Edition, which reportedly popped up on Czech retailer Xzone.cz before being unceremoniously yanked again. It was still available via cache for a few hours thereafter, too, but seems to have been scrubbed out now… albeit not before the internet spotted and screencapped, though.