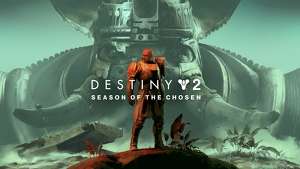 Destiny 2 will kick off its 13th season next week on 9th February. Named by Bungie today as the Season of the Chosen, it’ll run until 11th May.

It also brings some old Strikes back to the game, set in the original Destiny 1 location of Old Russia. The Devil’s Lair, probably the first Destiny Strike you ever played, and Fallen SABER, the one from Taken King where you have to kill the giant robot roomba, become available next week.