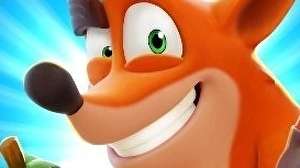 Crash Bandicoot mobile spin-off On The Run is off to a speedy start on the iOS App Store and Google Play.

The free-to-play runner was downloaded 8.1m times yesterday, 25th March, according to Sensor Tower data shared with Eurogamer. Since 23rd March, when it released early on the iOS App Store in some regions, it has accumulated 11.4m downloads total.

How does that stack up? Well, it’s much higher than the launch of King’s last big release, Candy Crush Friends Saga, which generated 1.4m downloads on its launch day.