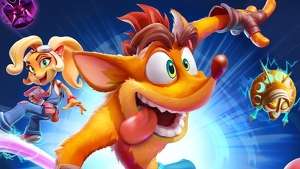 Initially released just before the arrival of the new wave of consoles, Crash Bandicoot 4 is set to arrive imminently on PlayStation 5 and Xbox Series machines – but Activision has thrown us a curveball with the simultaneous release of a port for Nintendo Switch. The arrival of this release is a good thing – Crash 4 is a worthy successor to the original trilogy that feels true to its roots, while offering some new ideas along the way. It’s far from perfect, but it’s a solid platformer that shines on its new host consoles.

You’ll note that we’re limited to just PlayStation 5 and Nintendo Switch for this piece – Series support is on the table, but it’s not easy for publishers to distribute Smart Delivery code to journalists when the title is already available publicly, something we hope to see addressed soon. Still, PS5 and Switch make for an interesting combination in that we’re seeing Crash Bandicoot 4 viewed through the lens of systems with a huge variation in horsepower – though both are powered with Unreal Engine 4.

To appreciate the upgrades and changes in this new version of Crash 4, let’s quickly recap the Xbox One and PS4 results. Users of the enhanced Pro and One X renditions had the best experience with a frame-rate that mostly hit 60fps, though both were limited to the same 1080p as the vanilla PS4, while Xbox One S delivered the game at 900p. The base version looks fine but runs with an unstable, uncapped frame-rate.