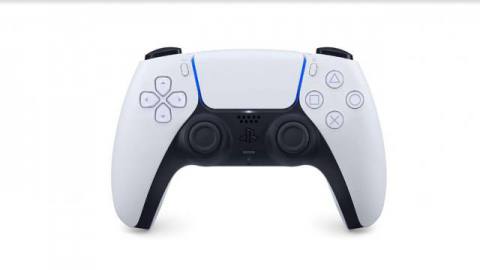 Valve is giving greater support to the PS5 DualSense gamepad.

The number of people playing games on Steam with a controller has doubled in the last two years.

That’s according to Valve, who wrote in a blog post about its support for the newly-launched PlayStation 5’s DualSense gamepad that using a controller was an increasingly popular way of playing games on the PC platform.

Historically, PC users have preferred mouse and keyboard over controller, namely for the sake of accuracy but also because it’s often the easiest way of navigating complex games. Even those who did turn to gamepads often used the the Xbox One or Xbox 360 controllers, but PlayStation inputs have also seen an increase in popularity. Valve says that in the last two years, the percentage of those players using PlayStation controllers has risen from 10.9% to 21.6%.

“In the past two years, the number of daily average users playing a Steam game with a controller has more than doubled, with millions enjoying the growing catalog of controller-friendly titles everyday,” Valve wrote.

“In controller friendly games, the percentage of players for that game that use a controller can easily be 60% or higher. Some games, such as skateboarding games, have well over 90% of their players using controllers in game. The growth in controller usage has been even higher among players using PlayStation controllers, which has grown in the past two years from 10.9% of controller play sessions to 21.6% of all controller sessions across Steam.”

From the launch of the PlayStation 5, people have been able to use its DualSense controller on PC, though it was missing a wealth of functionality. Last week, Valve rolled out support for this gamepad, which gave it the same level of support as the DualShock 4, before introducing the full range of functionality for this controller.