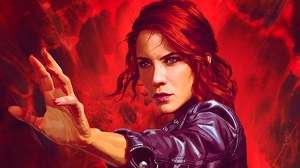 Remedy’s Control Ultimate Edition is out now for next (current?) generation console systems, delivering a substantial revamp of its 2019 classic. Bundling up the original release with its DLC, plus 60 frames per second performance and 30fps ray tracing modes, Control is a game made for the new machines. The technological limitations of the last-gen machines are effortlessly overcome and the new console editions offer more than a taste of the fully enabled PC rendition of the game – but are we looking at platform parity between the new Sony and Microsoft systems?

Remedy itself has already revealed the full specifications of the new versions, which essentially boils down to this: PlayStation 5 and Xbox Series X run at a native 1440p resolution (with no dynamic resolution scaling) with a temporal upscale to 2160p output. Graphics and performance modes are essentially a toggle for ray tracing support, which adds RT reflections on opaque and glass surfaces. RT locks users to 30fps gaming, while disabling it removes the frame-rate cap, with performance only limited by 60Hz v-sync. There is an interesting aside to this though: engaging photo mode in-game removes the 30fps cap in RT mode, opening the door to a potential benchmark of sorts, something we’ll take a closer look at in due course.

Without giving too much away, it’s clear that Control in RT graphics mode has a significant amount of headroom beyond 30fps (but nowhere near 60 for the most part, it’s worth stressing), the upshot being that in standard gameplay, both Xbox Series X and PlayStation 5 lock to their target frame-rate of 30. The only outlier here is the introduction of improper frame-pacing in very rare scenarios, but otherwise it’s nearly faultless. In terms of quality settings and visual features, Series X and PlayStation 5 look like a complete match – with just a small difference in gamma levels. Control on PS5 (and it seems other titles) appears to have crushed blacks and a generally darker presentation. System level screenshots show the same thing, ruling out a capture issue.