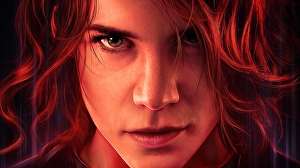 Remedy’s Control has a special place in the collective heart of Digital Foundry. Not only is it one of the best games of 2019, the revised Northlight engine is also an absolute showcase of the state of the art in rendering technology, which also happens to feature one of the best implementations we’ve seen of hardware accelerated ray tracing. Somehow, the developer managed to squeeze the core experience (bar RT) into the last-gen hardware, but now owners of the next-gen consoles get to see Northlight stretch its legs: Control on PlayStation 5 and Xbox Series consoles is a delight.

The basics of the upgrade are already out there, courtesy of Remedy PR. There’s feature parity between PlayStation 5 and Xbox Series X with Control rendering at a native 1440p resolution, with temporal upsampling to 4K. Two modes are on offer – a 30fps capped experience featuring ray traced reflections (including transparencies) along with a 60fps performance mode without RT features. Meanwhile, Xbox Series S has no RT features, meaning a performance mode as the standard that renders natively at 900p, with a 1080p output. Dynamic resolution scaling is not implemented in this game.

But before we go into the specifics, I feel it’s important to recap why this is a landmark game. From my perspective, Control was a glimpse at the future of rendering technology – and even next-generation gameplay. Even factoring out ray tracing, Control is doing a hell of a lot behind the scenes. Take the destruction system, where nearly every object can be broken down into its constituent parts. Then there’s the sheer wealth of those objects in any given scene – an all-out firefight with the physics system in full effect is an astonishing spectacle. Then there’s the fluid rendering simulation for the Hiss smoke: when objects or enemies traverse through this semi-transparent fluid, there’s visible turbulence – a dazzling dance of colour with waves.