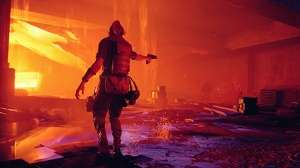 Microsoft has announced the new games coming to Xbox Game Pass in December.

3rd December is a big day for Game Pass: romantic space adventure Haven, from The Game Bakers – the studio behind gloriously psychedelic arcade boss-rush extravaganza Furi – hits the service then for console and PC, as does id Software and Avalanche Studios’ Rage 2 on Android.