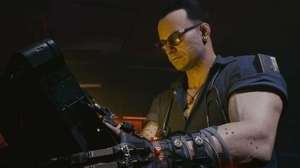 A quick browse through Nexus Mods will tell you that modders have already been getting pretty busy with Cyberpunk 2077, but CD Projekt Red yesterday released the first batch of official modding resources – and it should help modders create the tools they need to mod the game more efficiently. In theory.

As shared on a characteristically yellow web page, the modding resources include metadata and TweakDB IDs, along with utilities such as ArchiveDump and TweakDump (basically ways to view game files). A post in the main Cyberpunk 2077 Modding Tools Discord suggests CD Projekt Red previously shared this information with some in the modding community, and that the developer has now decided to make these resources publicly available to all. It should be noted the new resources are not full-fledged modding tools in their own right, but are intended to aid the community in creating and refining their own.

Of course, several modding tools have already been created by the Cyberpunk community – CP77Tools and CyberCAT being two examples – and from looking around the discussions in modding communities, it seems the new resources provided by CDPR allow for some slightly more in-depth file lists, but nothing particularly revolutionary. With the absence of any read me files to accompany the new resources, modders are also having to figure out how these work on their own. Hopefully, CDPR will release some more significant modding resources in future – but for now, it’s all in the hands of the community.