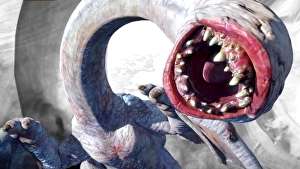 Monster Hunter Rise’s 26th March release date on Switch is still some way off but those understandably impatient to go hands-on with Capcom’s latest creature slayer can get an early taste of the game from today, 7th January, courtesy of a new limited-time demo.

As announced in Capcom’s latest Monster Hunter Rise livestream, the demo will be available via Switch’s eShop today (UPDATE: Nintendo is now saying “tomorrow” for the UK), and will give eager hunters a chance to test their mettle across four different quests.

There’s a Basic Training Quest, walking players through the basics of the new grapple-like Wire Bug mechanic, plus a Wyvern Riding Training Quest, introducing a freshly announced new feature – enabling players to hook themselves onto the back of large monsters with iron silk and control their movement, even attacking other creatures in battle.