It’s not a brand known for big discounts, but you could make a saving on consoles, games and more with the Nintendo Switch Black Friday deals for 2020.

Sales like Black Friday are always the opportunity to get Switch consoles and games for a price that’s a lot more respectable. So, whether you’re looking for a brand new platform for gaming, a chance to try out a Nintendo classic like The Legend of Zelda: Breath of the Wild, or for a hot new addition like Ring Fit or Animal Crossing New Horizons, Black Friday is your best chance to get them for a reasonable price.

Below we’ll give you an expert’s opinion on what deals to find and consider this Black Friday week, and we’ll update this page as we as more discounts drop over the coming days. Basically, if you want to know the very best price on a Nintendo Switch and all associated products, this is the place to be.

Not after a Switch this year? Why not have a glance at our pages featuring all the top PS4 Black Friday and Xbox Black Friday bargains? 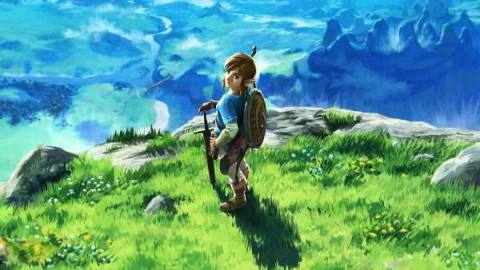 A bunch of retailers and stores have officially revealed their specific Nintendo Switch Black Friday sales and bargains for this week and Black Friday itself, so there are a few good offers out in the wild right now.

Best Nintendo Switch games deals in the US

Highlights in the UK include these Nintendo Switch Fortnite bundles, which not only include limited edition consoles, the phenomenal battle royale game and exclusive skins and V-Bucks for Fortnite, but also classic Super Mario and Legend of Zelda games.

As well as the games listed below, the Official Nintendo Store has a great deal on for games. Not only do thirty titles include up to 20% off, but you can also get a further 25% off memory cards with the code STOREMORE on checkout. Will Nintendo discounts be in abundance in 2020 – will they be as cheap as the were in 2019? It’s impossible to be completely certain at this point, but if they are cheaper, it won’t be by much. Unlike the Xbox One and PS4, which are about to superseded by newer consoles and lose a lot of their lustre, there’s no immediate Nintendo Switch replacement on the horizon.

This is combined with the fact that Nintendo is the brand that’s comfortable being a little pricier, there’s continued high demand for the Switch and there are still a lot of very popular, exclusive games for it. If there are further discounts, they likely won’t be that much larger than before, almost certainly no more than $20.

It’s also likely that certain new items will have discounts, based on their extreme popularity. An Animal Crossing Switch and bundle is almost a guarantee, as well as the Ring Fit exercise game. Both have sold incredibly well over the last few months. These discounts likely won’t be huge, not when demand is so high, but they’re very likely to happen and will probably be the best price to get them for a long time coming.