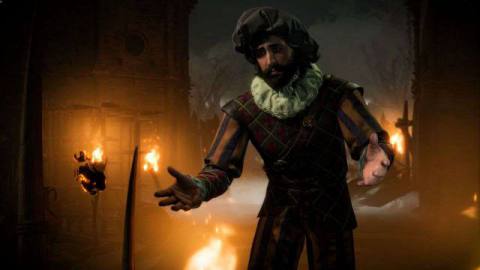 It sounds like Baldur’s Gate 3 players who racked up dozens of hours may soon be screwed.

Baldur’s Gate 3 developer Larian has outlined plans for the game’s next patch, tentatively titled Patch 3. The update will be the first to actually bring changes to the game’s story.

Unfortunately, this means past saves may not be compatible with the game after Patch 3 has been installed. This is going to be the case with other future patches, as Larian sees this evolution to be part of the early access process.

For players who would rather keep playing their existing saves, the developer offers a solution. Baldur’s Gate 3 already has a beta branch on Steam, and this is where your game should remain if you want to continue playing your existing save. Doing this obviously means you won’t see any of the changes or bug fixes introduced with every patch.

This secondary branch of the game can be opted into though the Properties menu. Right click the Baldur’s Gate 3 entry in your Steam library, hit Properties and go to the Betas tab. From the dropdown menu, select “patch2” and you’ll remain on the outdated, but compatible version of the game.

It’s not clear if Stadia players will have a similar option, though that is unlikely given how Stadia operates.

If you load into the beta branch today, you’ll essentially avoid the most updated build. Larian also suggested players turn off automatic updates for the game until they decide which option they want to go with.

In both cases, your save files will not be deleted, so you’ll be able to switch back and forth (and re-download the affected parts) as often as you like. Patch 3 does not yet have a release date, and it’s not clear whether every subsequent patch will also break save incompatibility, but it’s worth taking the time to do this if you’re not sure.