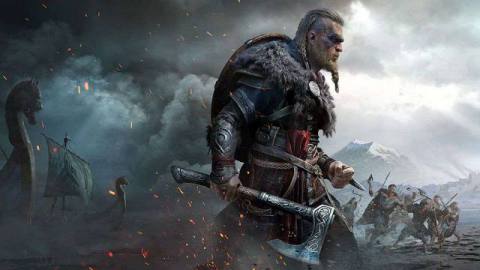 Ubisoft released a big patch for Assassin’s Creed Valhalla just yesterday. This is the game’s first post-launch update, and the publisher crammed in a lot of bug fixes, as well key performance improvements.

Or so we believed, because since the patch’s release, there have been numerous reports of performance problems across most next-gen consoles.

Patch 1.0.4’s biggest feature is the addition of options for either performance or visual fidelity modes across PS5, Xbox Series X and even Series S. Judging by reports on Resetera and elsewhere, Series S benefited the most from this patch, since both of its modes run at a stable framerate.

PS5, however, which had the least amount of performance problems pre-patch, seems to now suffer the most. The framerate in performance mode drops to the low-40s periodically, and it’s not clear if this is caused by a bug or simply the game unable to handle the effects in the scene.

Digital Foundry’s John Linneman noted this bizarre drop in performance on Twitter, after followers reported their findings to him.

Don’t know but you’re right – they made the PS5 version worse. I would recommend not updating it.

The update was also supposed to remove screen tearing from the Xbox Series X version, which has been one of its biggest problems since launch. Unfortunately, that too didn’t didn’t pan out, as plenty of players have reported that tearing is, in fact, still present. For some, screen tearing on Xbox Series X has been the same, but others say it’s much less common after the patch.

So far, it looks like your mileage may vary with this one. Some of those happy with how the game plays now have considered turning off updates until the next patch arrives.

We continue to update our Assassin’s Creed Valhalla guides with more pages. Just recently, we published a big one to help you get good at Orlog. We also have a few other helpful, general guides like this FAQ on healing, Reindeer Antlers and arrows, and our popular guide to Flyting answers.