Of Blood and Bonds is one of the final quests in Assassin’s Creed Valhalla‘s Eurvicscire arc.

In this quest, you’ll learn a key piece of information. When it comes to light, you’ll have to make a decision about whose side to take: Faravid‘s or Halfdan‘s.

It’s not immediately obvious which you should pick, and the stakes are clearly high. Unlike some choices in AC Valhalla, there is a right answer to this one. Read on below for more information and which choice you should make.

Before you read on, beware story spoilers for the Of Blood and Bonds quest, the Eurvicscire arc, and the fates of Faravid and Halfdan.

The context of the choice and what’s at stake

Leading up to this point, Eivor has witnessed the growing distrust between the Viking leader Halfdan and his second-in-command Faravid.

On the one hand, Faravid is revealed to be going behind Halfdan’s back and ignoring his orders if he disagrees with them. On the other hand, Halfdan’s behaviour is increasingly erratic, and Faravid does seem to be by far the more clear-headed of the two men. 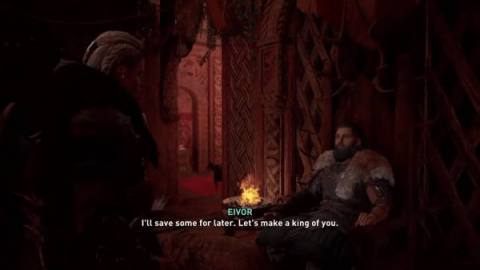 Further complicating matters, Faravid and Eivor have struck up a personal friendship; but Eivor’s ultimate goal is to have Halfdan agree to an alliance with the Raven Clan. 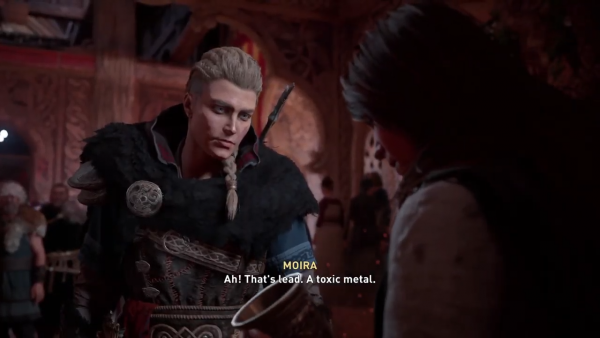 Tensions come to a head in Jorvik, at the ceremony where Halfdan is to be crowned King of Northumbria. Halfdan begins to choke after drinking from a goblet gifted to him by Faravid. His attendant healer identifies the goblet as being made from lead. It quickly becomes apparent that Halfdan’s descent into madness is a result of lead poisoning.

Halfdan and Faravid begin to argue. Before it comes to blows, Eivor needs to step in, and has a choice of two dialogue options. 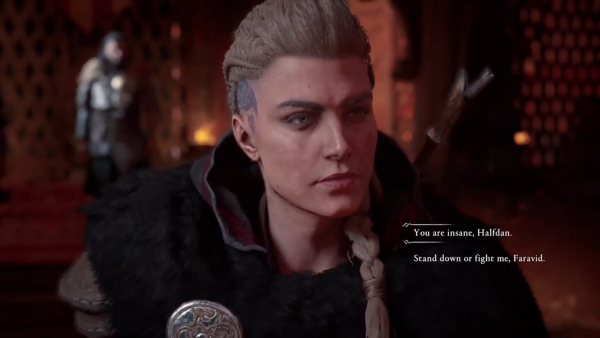 Eivor can choose to take Faravid’s side, arguing that while the poisonous cups were a gift from him, he didn’t know that they were dangerous. Furthermore, Eivor argues, Halfdan is in no fit state to be making decisions while suffering from the effects of lead poisoning. 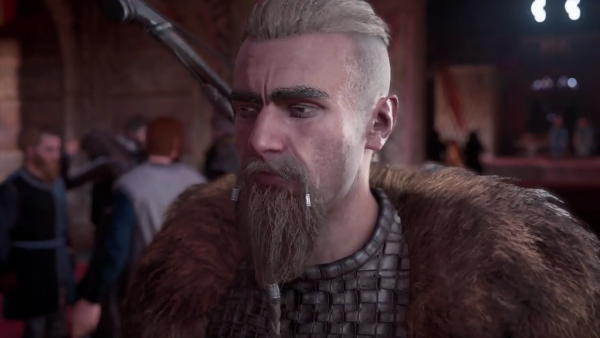 Predictably, Halfdan doesn’t take this well — possibly not helped by Eivor’s bluntness, who knows. He banishes Faravid from Jorvik and Eivor escorts him to the gates. On the way, Eivor asks Faravid whether he knowingly poisoned Halfdan, to which Faravid gives an evasive answer.

Choosing this path causes Halfdan to refuse further talks of an alliance with the Raven Clan.

Option 2: “Stand down or fight me, Faravid.”

By this point, Eivor knows that Faravid isn’t exactly on the level. And even if he sometimes has his reasons for going against Halfdan, there’s no excuse for betraying a friend by poisoning him. 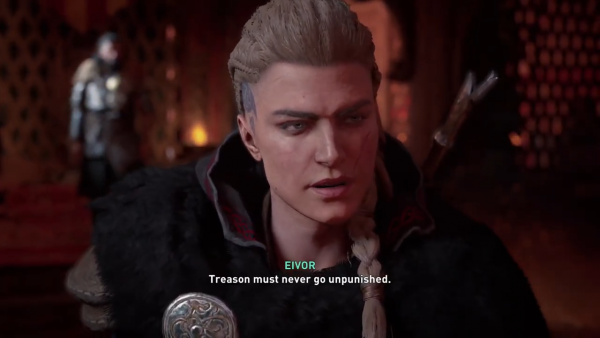 Faced with Eivor’s ultimatum, Faravid will choose to fight them. Halfdan will eventually intervene, requesting that Faravid fight him instead. Faravid refuses, still maintaining his innocence, and is executed by Halfdan.

Halfdan seems to regret his hasty course of action, but nevertheless sincerely thanks Eivor for their support.

Choosing this path causes Halfdan to gift Eivor an arm ring and form an alliance with the Raven Clan.

Which option is correct?

If you’re hoping to get out of this quest with a clear conscience, I’ve got bad news for you. It’s really ambiguous whether Faravid was intentionally poisoning Halfdan in order to destabilise trust in him and attempt a coup; or whether he unknowingly gifted the poisoned cups, and only ignored his leader’s orders out of genuine concern for his behaviour. There’s enough evidence to support either interpretation. 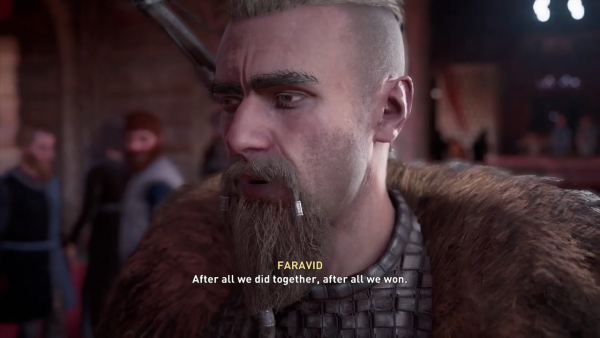 Furthermore, whichever side you choose to take, neither Halfdan nor Faravid will turn up to support you in the endgame:

(Thanks to Reddit users u/galacticality and u/Logical_Neck2396 for their historical knowledge and explaining Halfdan’s absence!)

Therefore, there’s an argument to be made that the outcome of this choice isn’t really that big of a deal in the long run. Despite appearances, this choice doesn’t influence whether or not you can get the game’s best ending. If you choose to side with Faravid, the consequences of getting it “wrong” are quite mild. 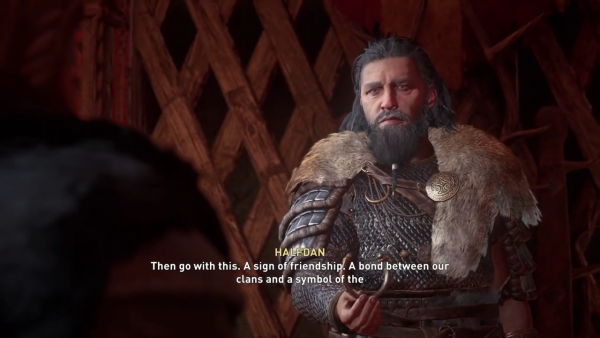 However, your immediate goal in this quest is to secure an alliance with Halfdan. With that in mind, it’s pretty clear that the game considers Option 2 — “Stand down or fight me, Faravid” — to be the “correct” path.

The post Assassin’s Creed Valhalla: Faravid | Should you side with Faravid or Halfdan in Eurvicscire? appeared first on VG247.