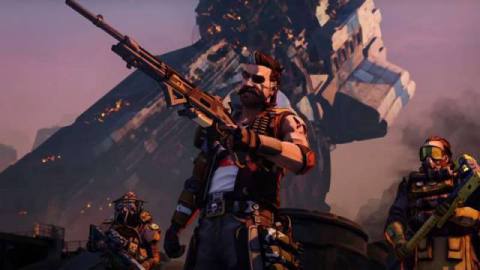 Respawn Entertainment unveiled the arrival of Fuse with a new “Tales from the Outlands” cinematic earlier this week. Fans speculate – likely because of the character’s name – that Fuse’s ability kit prioritizes explosives and all-out destruction. In the new Season 8 Mayhem trailer that dropped today, these theories were finally confirmed. The trailer starts with Fuse recounting his recent arrival to the Apex games and the large-scale celebration surrounding him. Unfortunately, Maggie, his sadistic childhood pal, shows up to ruin the festivities. You can watch the video above.

The events that follow ultimately lead to the destruction of the beloved Kings Canyon map. Respawn announced changes to the classic location alongside the original Fuse announcement, but the level of devastation that takes place during the trailer makes Kings Canyon seem like an entirely new arena. The various points of interest haven’t been shown yet, but it’s safe to say that the massive cruiser that Fuse flew in on will play a part in Season 8’s many matches.

Aside from Maggie’s ambush, we got to see a small snippet of one of Fuse’s abilities. He flings some explosive projectiles from a launcher mechanism on his wrist, takes out the new 30-30 repeater rifle, and fires at the pellets which explode on impact. Whether this is Fuse’s ultimate or tactical ability is still unknown, but there will likely be more information on his kit, the repeater rifle, the extensive King’s Canyon changes, and the next battle pass in the coming days.

Season 8 Mayhem launches on February 8, and Apex legends might be dropping on the Nintendo Switch that same day.