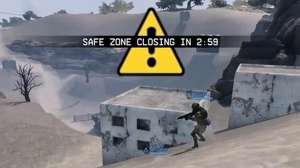 Happy birthday to Apex Legends, which is somehow only a day away from celebrating its second anniversary. To mark the occasion, Respawn has released a number of images showing the game in its early stages, which reveal a little more about how the game evolved from its Titanfall roots.

After the launch of Titanfall 2, Respawn initially began work on Titanfall 3, but this was parked after the developer began to experiment with a battle royale mode in the Titanfall universe – and this became Apex Legends. According to the new blog post by game director Chad Grenier, the prototype was initially made by two designers, and was then developed into a game mode called “Survival” which allowed pilots and titans to battle it out to be last man standing. It seems the mode had a slightly smaller lobby size than current-day Apex, with a total of 24 pilots instead of 60, but the idea of teams of three dropping together was present even in these very early stages. Squads would arrive in style inside a drop pod, however, which teams would have to enter as a trio inside the drop ship.

Soon, Apex’s team size grew to over 20 people, and by October 2017 Respawn had the first versions of Gibraltar, Bloodhound, and Wraith. The prototype map was apparently rather different from Kings Canyon, and was rather imaginatively called “real big map”. It was sparse enough for “titans to roam freely”, but both titans and wall running later had to be removed for the sake of game balance. 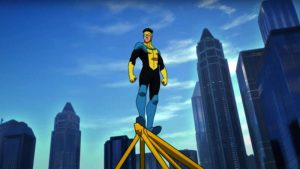