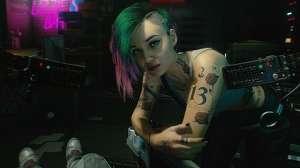 I never thought I’d be talking about Grounded as one of my games of the year. I thought it would be a fun-for-one-evening kind of game. But it’s still there, still rigidly imprinted on my mind. And do you know what the memory looks like? It looks like a gigantic hairy spider.

I was obsessed with them; I was obsessed with it. It wasn’t just that they were there, in the same way ants were there, or aphids, or ladybirds, or gnats, and that they looked incredible seen from a tiny perspective. It was that they were the menace. They were the villain in this familiar but alien backyard world. Their threat was everywhere (though they seem to be more orderly in recent builds of the game? I think they were more aggressive and active at the beginning. And I should add that playing the game alone makes for a far stronger experience where the spiders are concerned, than playing with the safety of friends.)