Hello there, dear readers. My name is Edmundo Bordeu and I am one of the three brothers who founded ACE Team. I also happen to be one of the designers who worked on our latest bizarrely ambitious project, The Eternal Cylinder — available today on the Xbox Store for Xbox One and Xbox Series X|S. Today, I am going to talk about some of the toughest design challenges we had adapting mechanics found in survival games to a beautifully strange alien planet with very different rules.

The first thing you need to know about the game is that the biggest threat in it is the Eternal Cylinder itself, which is a giant structure rolling over the landscape crushing everything in its path. You play as small but resourceful creatures called Trebhum. They start their lives in the game at the bottom of the food chain, but must somehow manage to survive on this dangerous exotic planet.

The Cylinder changes a lot of things that you would normally expect in a survival game. For example; what would be the point of gathering materials and building a home base, if the Cylinder is going to crush it eventually?

The solution to that problem was easy given the nature of our adorably strange protagonists. What you are building in this game is not a base camp, but a family of Trebhum. By eating different resources from the natural environment, the Trebhum can mutate and earn new abilities, so having a larger group of characters is what makes you more resourceful. While in a typical survival game you might build a chest to store more items,  here you might mutate a Trebhum into one with a bigger body who can store many items in its belly. Another Trebhum might process minerals, and another might have an ability to scare off predators. In this game, your chest, refinery, and tools are not in buildings: they have legs and travel with you as a nomadic group.

Encouraging exploration in a world constantly being irreversibly destroyed

A more difficult problem we had was balancing moments of exploration vs facing danger.

We experimented a lot with how large the Cylinder should be and how fast it should move. It was clear that if the unstoppable Cylinder moved too fast it was extremely stressful to be constantly running away from it. However we also noticed that no matter how much we slowed it down, players would rarely stop to look at something interesting or try to interact with creatures. Knowing that the cylinder is ceaselessly moving to crush you creates a constant psychological pressure to move on.

To stop players who would move away from the cylinder too fast and leave it behind, we created the Zooshgarg. This creature would fly patrolling over the landscape ahead of the Cylinder, vacuuming and eating every little creature that ventured too far ahead. We experimented with how large the distance between the Zooshgarg and the Cylinder should be, managing the level of tension the player would suffer sandwiched between these two dangers.

We were not happy with this solution because we felt the edge between danger and safety was still too ambiguous. A typical structure in survival games is that during the day you are free to gather resources, but at night you will always be tense because of nocturnal creatures. It is a clear change in tension so players know when it is safer to explore.

We decided to use something which could also create a clear distinction, something which could temporarily stop the cylinder: anchor towers. These were built by earlier generations of Trebhum and can pause the ever advancing danger that the Cylinder represents. If we wanted to add more slow-paced puzzle or objective driven areas, these could be placed near the towers, so players can take their time wandering and experimenting as much as they like. After leaving the area protected by the tower, the tower itself would then be destroyed by the Cylinder. To really make the threat be felt, the music changes whenever the Cylinder is moving and it also glows fiery red when it is going faster. If you see a fiery color lighting the surrounding area, then you know the Cylinder is close!

The lesson here is not necessarily that there has to be guaranteed safety, because sometimes it is good to unexpectedly throw something dangerous at the player. No, the real design lesson was about making it easier to perceive the real level of danger there is. This really helped players go into a more exploratory mindset from time to time.

☆☆☆☆☆
★★★★★
$29.99
Get it now
In The Eternal Cylinder, players control a herd of adorable creatures called Trebhums and must explore a strange alien world filled with exotic lifeforms and surreal environments. All whilst the constant threat of the Cylinder, a gargantuan rolling structure of ancient origin which crushes everything in its path, looms. In this unique alien ecosystem, real-time world destruction, animal AI, organic exploration, and puzzle design all combine to deliver an unforgettable adventure. Your Trebhums begin at the bottom of the food chain, but can mutate and evolve new physical attributes and abilities by eating a variety of flora and fauna. Discover and evolve dozens of mutations, including new traversal skills, like flying and swimming to reach new areas, and new senses to help overcome puzzles and dangers. Your many Trebhums can all have different mutations, empowering you to create a unique herd. Each mutation will also change the physical look of a Trebhum, and combining these will generate surprising new creature designs which players will be able to organically discover as they explore this diverse alien world. 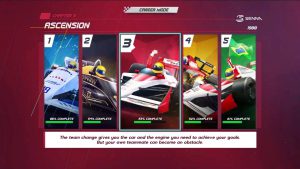 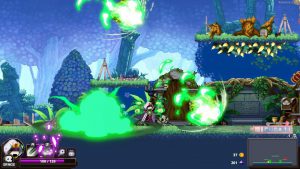 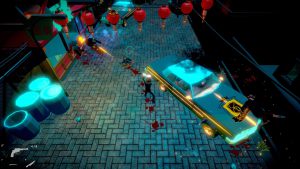