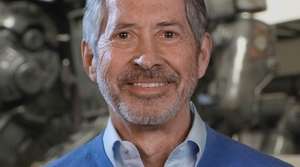 Robert A. Altman, co-founder and CEO of Bethesda parent company ZeniMax Media, has died at the age of 73.

Born in 1947, Altman initially worked as a lawyer, before setting up ZeniMax Media in 1999 alongside Bethesda founder Christopher Weaver. Altman later took over as its sole boss and has headed the company ever since.

“We are deeply saddened to tell you of the passing of Robert A. Altman, our Founder and CEO,” ZeniMax said in a statement posted to Twitter. “He was a true visionary, friend, and believer in the spirit of people and the power of what they could accomplish together. He was an extraordinary leader, and an even better human being.” No cause of death was mentioned.