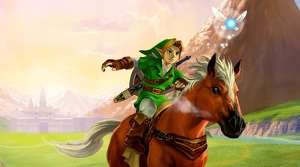 An astonishing demo build for The Legend of Zelda: Ocarina of Time has turned up fresh details on early ideas for Nintendo’s N64 masterpiece – such as Link being able to turn into his fairy Navi.

The demo in question was found on an old N64 development cartridge used to hold Nintendo racer F-Zero X. On further inspection, files relating to a 1997 Zelda demo build were also found, partly saved-over but some very much still intact.

Details have now been excitedly shared by the Forest of Illusion Twitter account, which is dedicated to preserving lost bits of Nintendo history. There’s a lot to see.