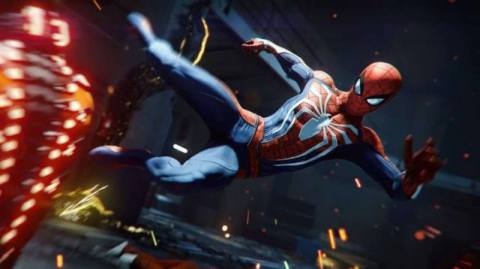 But “just to be clear, you must use the PS4 game to export your save”.

When news broke that players wouldn’t be able to import their save data from the original game, Insomniac promptly responded to complaints by promising it would work to get the update to players “around Thanksgiving” (which is 26th November this year).

We also updated Remastered to allow import of those exported saves and with many additional fixes (incl. rest mode crash) https://t.co/LVnYVykc0Q

“Just to be clear. You must use the PS4 game to export your save,” community director, James Stevenson, confirmed on Twitter earlier today. “Remastered cannot see a save until it is exported by the PS4 game. This is the way.”

The update also bundles in “many additional fixes”, including that troubling rest mode crash.

If you’ve been playing Spider-Man: Miles Morales and wondering why you can’t stop by the Chrysler Building, when you can in its predecessor – and indeed the remaster of its predecessor – it turns out developer Insomniac’s negotiations with the building’s rights holder failed.

“When creating our representation of the city we wanted to include as many landmarks as we could to add to the sense of immersion,” Stevenson explained. “Sometimes negotiations to use those locations didn’t work out, which was the case with the Chrysler Building in Marvel’s Spider-Man: Miles Morales.”