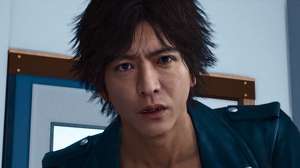 Sega has announced Judgment is coming to PlayStation 5, Xbox Series X|S and Stadia, but there’s no mention of a PC version.

The Yakuza spin-off, which first came out as a PlayStation 4-exclusive back in 2019, launches on PS5, Xbox Series X|S and Stadia on 23rd April 2021 with “refined visuals”, 60fps, improved load times and all the previously-released DLC. The new trailer is below:

The announcement of the game for Stadia and not PC has certainly raised eyebrows, coming as it does hot on the heels of Google’s own announcement that it is shutting down its internal Stadia studios and offering its streaming tech to publishers.