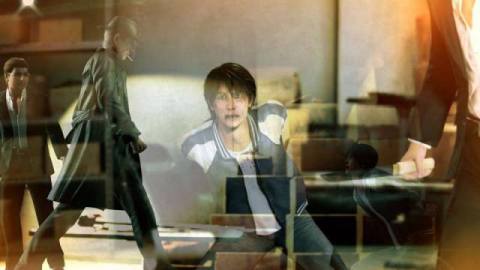 For those that aren’t quite sold on the idea of a Yakuza game without Kiryu, try this Like a Dragon launch trailer on for size. It’s crazy, it’s upbeat, and it’s essentially made out of pure, unfiltered hype.

In true Yakuza form, there are fights, there is crime family drama, and there are silly mini-games that offer much-needed levity. The below launch trailer has all of those familiar Yakuza themes, just with a new face front and center.

Check out the launch trailer before to ramp up those Yakuza hype levels:

Our own Jeff Cork gave the latest Yakuza game a 9.25 out of ten. While he’s no Kiryu, Ichiban Kasuga is a pure-hearted little sweetheart that, unfortunately, was given the short-end of the stick thanks to a pretty hefty betrayal. You can learn more about our thoughts on Like a Dragon with our full review right here, with a small blurb seen below:

Like a Dragon is a departure from the games that came before it, but I found those changes to be revitalizing. As much as I enjoyed the Yakuza formula, it was definitely a formula. Like a Dragon has enough familiar elements to make it feel like, at its heart, it’s a Yakuza game. All the while, I fully appreciated how much of a new identity this entry is establishing. Here’s hoping this is the first step in yet another great journey for the series.

As for the game itself, Yakuza: Like a Dragon is available now on PlayStation 5, PlayStation 4, Xbox Series X/S, Xbox One, and PC. You can learn even more about Kasuga-san’s journey with our dedicated game hub here.