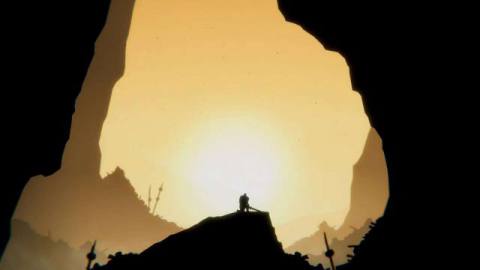 Unto the End, a dark 2D sidescrolling platformer about a father’s desperate journey to return to his family, is coming to Xbox Game Pass when it launches on December 9.

Publisher Big Sugar and developer 2 Ton Studios have announced that Unto The End will hit consoles on PC on December 9, arriving on Microsoft’s Xbox Game Pass on day one. The Nintendo Switch version will launch a little later on 17 December.

As per the game’s press release, Unto The End combines full-blooded combat with breathless adventuring, and is set within “a hostile, but beautifully realised and richly atmospheric world”.

Gameplay is apparently demanding but fair – surely something all the Souls fans out there will be au fait with – and values player skill above all else. To get through this punishing title, the developers insist you pick up the ‘read-react’ combat quickly… otherwise you’ll stand no chance in these two-dimensional skirmishes.

“Unto The End has been the focus of our day to day for the past few years and it’s been fantastic to have such a great response to the game already,” said one half of the husband-and-wife development team, Stephen Danton.”But now we’re looking forward to Unto launching and everyone having a chance to experience the world and adventure we’ve created.”

Unto the End will launch on PC (Steam and GOG), Stadia, PS4, and Xbox One on December 9.

Next-gen players, it’s safe to assume that the game will be available on your consoles via backwards compatibility, too, though the official press release doesn’t mention PS5 and Xbox Series S/X by name.