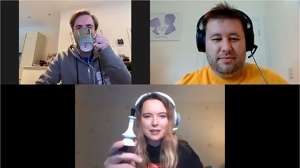 It’s Friday, and that means it’s time for another Eurogamer next-gen news cast! In the video below, Eurogamer news editor Tom Phillips, reporter Emma Kent and me discuss the week’s news, including the gameplay reveal of the promising Resident Evil: Village. Is its very tall lady a vampire? This is actually something we have thoughts about.

We’re excited for Village, but we’re not so pumped for multiplayer spin-off Re:Verse. Capcom’s multiplayer Resident Evil offerings have been mixed at best, and we’re not sure why Re:Verse, with its off-putting art style, even exists.

Elsewhere in next-gen news, PlayStation 5 scalpers are at it again – although GAME has played down the claims from some on social media who posted screenshots of scores of secured orders alongside a boast about making loads of money from them.