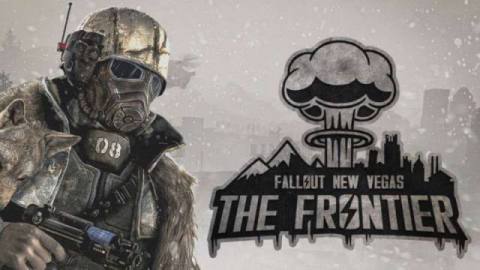 Fallout: New Vegas The Frontier is a fan-driven mod overhaul project that has been in development for years. At long last, it was finally released on Nexus Mods at the end of January but the launch was anything but smooth. After just a short period of time since it was made available to the public, The Frontier has officially been shut down and this is why.

First things first: what IS The Frontier? The Frontier is a new Fallout experience set within New Vegas that takes survivors to new snowy terrains in Portland, Oregon. With new characters, new quests, and over 15 hours of new story, this mod was one of a handful that longtime fans couldn’t wait to get their hands on. So why was it canned so shortly after release?

While the mod itself was released with a ton of bugs that made it unplayable for many (including feedback on the poor voice acting and writing), that wasn’t actually the reason for the pull. In a recent post on the mod’s listing on Nexus, the team issued a statement surrounding artwork from one of the modders on the project that was pedophiliac in nature. This is in addition to a plethora of post-launch changes based on “questionable” content.

“It has recently come to our attention that one of the artists for the project has been creating inappropriate content involving anthropomorphic minors for some time,” reads the latest mod update. “None of the team members were aware of this person’s actions prior to them coming to light and we condemn them in the strongest possible way.”

Since the revelation, The Frontier team says that said artist was removed from the project immediately alongside their contributions. The team also added a clarification that the artist was at any way involved with the writing of the mod, which they claim is untrue.

The mod team says in their statement that they made the decision to take The Frontier down, not that it was forcibly pulled, and that the Steam launch has been pushed back as well to give the group a chance to rest and regroup before tackling the additional effort needed to make up for the artist’s removal.

Since the artist made the Pip-Boy icons, The Frontier will launch with the vanilla icons from New Vegas as the team prepares to go back to the drawing board to replace them. The team also outlined a few other aspects of the mod that have been removed/changed:

From the artists to a sizeable amount of “questionable content,” the work is far from over. How so much slipped during the seven years of development is a little odd, but changes upon reflection are currently in progress as Fallout: New Vegas fans await further updates.