Ahsoka Tano might be the most beloved Star Wars character in the series to never appear in live-action. At least, until now.

On The Mandalorian season 2 episode 5, the former Jedi finally made her first warm-blooded appearance in canon. Played by Rosario Dawson, the moment was a thrill for people who’ve been following her story for years — and maybe a bit befuddling to those who haven’t.

Ahsoka plays a pivotal role in the future of Baby Yoda, as she helps to direct Mando to The Child’s home world. But of course, things could only be that easy. Instead the meeting between Ahsoka and Mando is cut short by Moff Gideon, who it turns out both characters have a bit of a history with.

While we’ve already seen Mando’s dealings with the Imperial officer last season, Ahsoka also explains that she has had run-ins with him in part because of her friendship with Mandalorians. As we might have guessed based on what we’ve seen of him so far, Ahsoka says that Gideon is obsessed with the galaxy’s most famous warrior race, which is part of why he attacked Mandalore in the first place.

On The Clone Wars and Rebels, where she was voiced by Ashley Eckstein, the Togruta Jedi was the apprentice of Anakin Skywalker. The two fought together alongside Obi-Wan Kenobi during the Clone Wars and completed many important missions along with several clone troopers including Captain Rex. After being falsely accused of bombing the Jedi Temple, Tano chose to leave the Jedi order after her name was cleared. From there she spent several years exploring the galaxy and eventually in Rebels came face to face with Darth Vader, who she couldn’t kill after realizing that it was her old master Anakin.

Over the years, Ahsoka has become a meaningful part of the canon because, as Eckstein put it in a 2016 interview with StarWars.com, the character was instantly revolutionary. She was a 14-year-old padawan to the most famous Jedi on the planet, and the first real female Jedi in the universe.

“She started this revolution,” Eckstein said. “She honestly did, and what I think was so beautifully done was, not only did she make a statement for girls, which was groundbreaking. She put a lightsaber in little girls’ hands. So when they play Clone Wars on the playground, there was now a girl that could hold a lightsaber that she could be. So that literally started a movement. It’s almost become so commonplace now, but at the time, it was mind-blowing … [The animators and writers] made you forget about the fact that she was a girl and they never pointed it out. They just created a strong character and, all of a sudden, boys related to her, as well. They no longer looked at her as the girl character. They looked at her as Anakin Skywalker’s Padawan and she then became, like I said, the eyes of the audience, where kids who grew up with her could learn these lessons through her.”

For longtime Ahsoka fans, the most interesting part of this episode will likely be the few stray details she gives about where she’s been since we last saw her. For those that don’t remember, Ahsoka’s last real appearance was at the end of Star Wars: Rebels, when she and Sabine Wren set off on a quest to find Ezra Bridger The Rise of Skywalker gave not-quite-satisfying closure to her story with a voice cameo during Rey’s confrontation with Palpatine.

An extra fun fact: This episode of The Mandalorian was written and directed by Dave Filoni. Filoni was the executive producer of Star Wars: The Clone Wars and Rebels, and had hinted at a future for the character when The Clone Wars finally concluded in April.

“I’ve done way more Ahsoka stories than I ever thought I would,” he told Vanity Fair. “It seems to be an unstoppable force at this point. I think we just have to be careful and make sure the bar is high and always tell good stories and ones that are adding to the character’s depth and dimension.”

In the same interview, Eckstein expressed an understanding that she may eventually hand off the lightsaber to a new version of the Jedi. 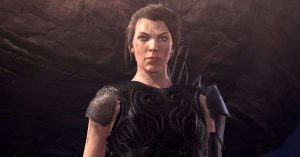 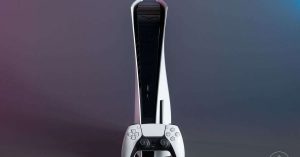