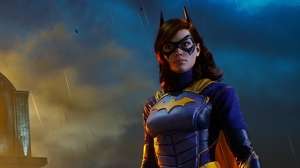 WB Games Montreal, the studio behind the upcoming Batman game Gotham Knights, has confirmed the team has “entirely redesigned” the combat system to improve the co-op experience.

“We have entirely redesigned the combat system in order for it to work well in co-op,” Fleur Marty, executive producer of Gotham Knights, told GamesRadar+. “Of course, we’re still a brawler, and some of the mechanics won’t feel totally alien for people who played and enjoyed the Arkham series, but it is in many ways very different.”