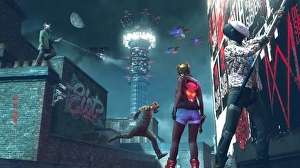 Watch Dogs: Legion’s online mode is delayed on PC, Ubisoft said. It was due out 9th March.

In a tweet the developer said it had identified an issue in the PC version that can cause the game to crash for players with certain GPUs, and had taken the decision to delay online indefinitely.

“The team is working on fixing the issue as quickly as possible,” Ubisoft said.