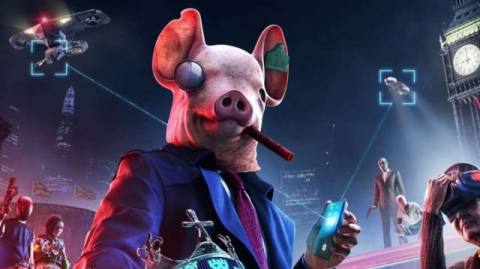 Watch Dogs: Legion will no longer be getting its multiplayer modes next week as originally planned, with Ubisoft announcing it’s delaying all online features into next year while it concentrates its efforts on addressing the game’s various technical issues.

Ubisoft had initially intended to release Legion’s multiplayer modes – offering co-operative free-roaming and mission-doing for 2-4 players, alongside various PvP challenges – in a post-launch update on 3rd December. Unfortunately, the game’s arrival was mired by bugs, some relatively minor, others considerably more serious, and Ubisoft has now pledged to focus its efforts on squashing those before moving onto other endeavours.

“Since the launch of Watch Dogs: Legion,” the publisher wrote, “some of you continue to have technical issues preventing you from enjoying the game. The dev team is committed to fixing these issues and will not stop until everyone can experience the game as intended.”

A fresh round of bug quashing and stability improvements will arrive in this week’s 2.20 update for PlayStation, Xbox, Stadia, and PC, which aims to fix everything from save corruption issues to crashes on PS5. Ubisoft says it will continue to address Legion’s various technical shortcomings – more stability improvements and graphics optimisations for PC are due next month, for instance, in a bid to deliver a consistent 60FPS for higher-end GPUs – but has decided to delay Watch Dogs’ online modes into early 2021 while it does so.

“This will allow us to focus on fixing issues with single player,” the publisher wrote, “and it will give us more time to test the Online experience to help ensure a smooth launch of the mode.”

Elsewhere, Ubisoft has confirmed it’s also looking into an issue preventing many European owners of Watch Dogs: Legion (and Assassin’s Creed Valhalla) on PS4 from redeeming their free upgrade to the PS5 version, which offer the likes of improved audio and visuals, ray tracing, adaptive trigger support, and faster load times. So far, it has only been able to provide a potential workaround while it investigates.