Watch Dogs: Legion will be free to play this weekend.

Watch Dogs: Legion will be available to play for free from March 25-29 on Xbox and PlayStation systems, the Epic Games Store, and through the Ubisoft store.

Every character in near-future London will be available to recruit and play as during the Free Trial Weekend in both single-player and online modes.

You will also be able to explore half of the eight boroughs including the City of London and Islington & Hackney. Additionally, you will be able to discover the game’s storyline up to the Skye Larsen mission.

All game progression will carry over to the full game upon purchase.

Pre-load will not be available on Xbox One or Xbox Series X/S.

To participate in the Free Trial Weekend an online connection will be required for both the single-player campaign as well as the Online Mode. Players on PlayStation will require a PlayStation Plus subscription. Xbox One as well as Xbox Series X/S will require Xbox Live to access the online mode.

To tempt you into a purchase, there will be discounts on both the game and the season pass across selected platforms: 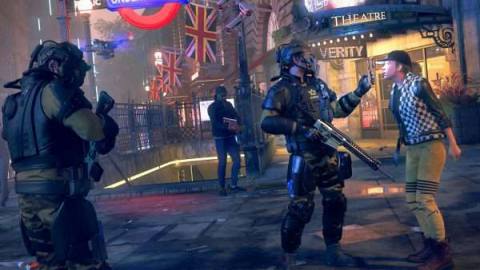 Ubisoft has also detailed the availability of the free post-launch content for all players as well as the new, exclusive content for season pass owners across single-player and online modes.

The post-launch content for all Watch Dogs: Legion players include:

If you’re just getting started with the game, then check out our Operative Recruitment guide here, as well as our pages on how to make a Borough Defiant, where to find Tech Points, how to unlock Stormzy’s Fall on My Enemies mission and how to fast travel around London.

The post Watch Dogs: Legion is free to play this weekend and on sale appeared first on VG247.