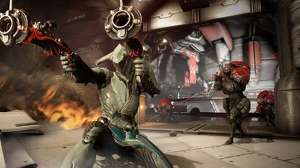 The developer of Warframe has moved to reassure fans after it was bought by Tencent.

“We will remain creatively independent, we expect no changes to Warframe or how our studio operates, and we will remain as dedicated ever to you, the community, who has been with us every step of the way since we launched Warframe,” Digital Extremes said in a message to players published on its website.