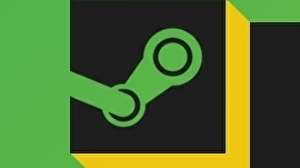 Steam Next Fest, a multi-day event featuring developer livestreams and downloadable game demos, will be held on 16th to 22nd June.

If all this sounds familiar, then yes – Steam Next Fest is the new name for Valve’s semi-regular Steam Game Festival, which will probably play out in much the same way.

This time around, you’ll get a chance to hear from and play the work of game developers during the usual mid-June E3 week. That’s nice, of course, as it looks like there will again be no physical E3 event this year.