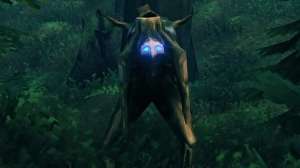 If you’ve browsed the Valheim subreddit in recent weeks, you may have seen posts about a particularly grisly cheese method: players were harvesting materials from greydwarves by turning the area surrounding their spawn into a blazing inferno, creating an infinite supply of stone, resin and wood. But the latest Valheim patch should put an end to automated greydwarf farms, thanks to a simple tweak to how fires work.

In the patch notes shared on Steam, Iron Gate mentions that campfires, bonfires and hearths now take damage when they deal damage, meaning that a farm will no longer be infinite – you’ll have to stand and repair the fires manually. I popped into Valheim to check out the rate of damage, and after standing in my campfire for a few seconds I noticed it had dropped half its health. Hearths fare a little better, but still only last a few minutes. So it’s safe to say the toaster method is now far less practical than it once was, and you can’t just leave it running while you do some chores.

The patch also brings a number of helpful tweaks and fixes: all boss drops now float on water, while the trophy drop rate for Deathsquitos and Drakes has been increased. There are also a couple of combat changes – the battleaxe now hits multiple enemies more easily, while player knockback force is now affected by equipment speed modifiers. In other words, wearing heavy armour will help keep you anchored when you get thumped by an enemy. There’s also mention of an “improved enemy projectile reaction system,” which I dearly hope means enemies will no longer headshot you from a mile away. One can dream.