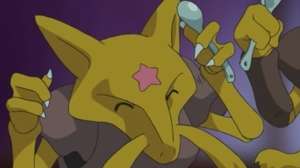 Uri Geller has finally u-turned on his decision to prevent Nintendo from using Pokémon Kadabra, saying he continues to get “tremendous volumes of emails” about it and is “truly sorry” for the dispute that flared up 20 years ago.

The Pokémon – which translates as “Yungerer” or “Yungeller” in Japanese and famously touted a spoon – disappeared in the early 2000s after Geller mounted a legal battle after he alleged the Pokémon used his likeness. He particularly took issue that the Pokémon was an “evil, occult Pokémon character” (thanks, VG24/7) and fought to prevent Nintendo from using it.

Now, however, it seems the illusionist has had a change of heart.