UK chart data is now in for the week ending 7th November, revealing that Animal Crossing: New Horizons has managed to jump back into second place.

Animal Crossing, alongside fellow evergreen smash hit Mario Kart 8 Deluxe, both see small rises in the pecking order this week as they overtake Ubisoft’s Watch Dogs: Legion. The pair lead the charge in what has been another (mostly) impressive week for Nintendo; six of the top ten are Switch-only releases, and Minecraft Dungeons sold best on Switch this week, too.

As you might expect, FIFA 21 has kept its place at the top of the pile, while newcomer L.O.L Surprise! Remix: We Rule The World earns a top ten debut. The only real disappointment for Nintendo this week is Pikmin 3 Deluxe, which has fallen from seventh to 27th place in its second week on sale.

Here’s a look at this week’s top ten all formats chart:

Did you buy any of these chart-topping games this week? Let us know down below. 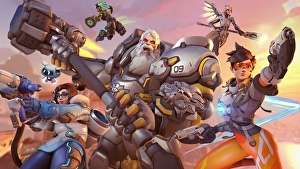