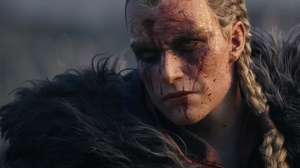 Ubisoft has removed newly-added decorations and quests from Assassin’s Creed Valhalla after the content caused players’ systems to crash.

Ostara Festival arrived in Ravensthorpe earlier this week as part of Valhalla’s seasonal free content. Running until 8th April, it features the return of drinking, archery and fighting mini-games and three new questlines let Eivor go egg hunting, fight off night spirits, and become a May Queen, but it’s the new settlement decorations that are causing a little trouble.

“We’re aware of increased instances of crashes in and around Ravensthorpe since the release of Title Update 1.2.0,” Ubisoft said in a statement on its social media channels over the weekend. “Our team is working on a solution that should be ready sometime next week. We thank you for your patience in the meantime.”