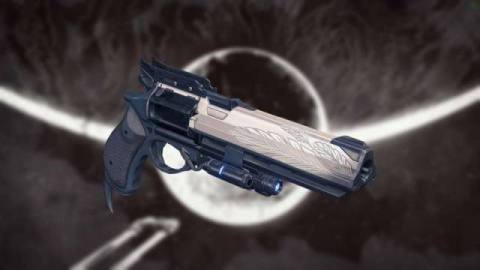 It’s a new week, which means another reset for Destiny 2: Beyond Light. With each reset comes new changes and progression towards upcoming seasons and fresh content. It also usually comes with some kind of nerf for Warlocks, but this week we’ve got something even more exciting: new quest areas to explore.

With Season of the Hunt, Guardians were tasked with a few new exotic quests, including reforging Hawkmoon and revisiting old locations. Following the most recent reset this Tuesday, some players have noticed that two new hidden areas have suddenly become discoverable which could be connected to Hawkmoon’s continuation or something else entirely.

The first area was found and posted on Reddit, as seen in the video below, where a door opened up following the conclusion of the Crow mission. In the video, a ship can be seen with new dialogue and a tease of more quest possibilities:

Another area was discovered shortly after, also posted on Reddit, that will challenge players to explore a secret Trostland tunnel. “I noticed that the black warp barrier was removed from the mysterious tunnel connecting the Trostland to the new Reservoir,” notes redditor LukVuko. “I also noticed that the fireplace in the Trostland produced hitmarkers when shot, and had the idea of shooting it with a fully-charged Hawkmoon. To my surprise, the wall blew apart, opening up this tunnel! It ends at a closed door, please look around and see if you can find any quest triggers or something!”

They then added that a charged bullet isn’t a necessity, but equipping Hawkmoon is required:

Some commenters replied saying that this could be a continuation of the Hawkmoon questline, while others are speculating that it could be a new exotic entirely.

The first area found is interesting because the ship is flawless in shape, something that surprised Guardians exploring the suddenly opened location. One common consensus that fans are coming to is that this could be due to some sort of blessing from the Traveler, but we won’t know until whatever these areas unlock is fully available. Given that the ship can bug out while exploring this area, it’s clear that this particular location isn’t meant to be open to the public yet, but if it’s showing up now? That means whatever secret is being hidden could be revealed soon.

Shoutout to my Destiny 2 clan ‘The Asian Federation’ for the keen-eyed spot!

What do you think about the hidden areas found within the latest reset for Destiny 2: Beyond Light? What are your thoughts on the most recent season thus far now that the Dawning event is concluded? Sound off with your thoughts in the comment section below!