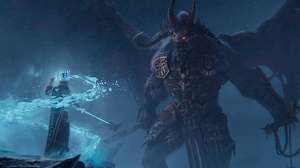 The strategy game revolves around the battle with Chaos, and sees a number of new races make their series debut, including Kislev and Cathay. The factions of Chaos are present and correct, so expect to run up against Khorne, Nurgle, Slaanesh and Tzeentch.

The debut trailer is below: