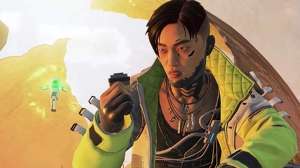 Uh oh, it looks like some ranked Apex Legends players are being naughty again, as Respawn has banned two Apex Predators on Xbox who were caught DDoS-ing a server to win a game. Like a real-life drone EMP.

Yesterday, two videos appeared on Reddit showing a game in which a top-ranked Apex Legends player was knocked down, only for the server to then mysteriously crash. How convenient. When the legitimate players reconnected to the server, they found themselves knocked down – and could see the suspicious duo standing over them. The offending fourth and sixth-ranked players were then accused of carrying out a DDoS attack once they started losing in order to get an easy win. (A “distributed denial of service” attack basically overwhelms a server with requests, thus preventing legitimate users from accessing the service.) Given their high placement in Ranked mode, it seems likely the pair had DDoS-ed their way to the top of the leaderboard.

In any case, it seems Respawn agreed with this assessment, as security analyst Conor “Hideouts” Ford confirmed the pair have been banned.